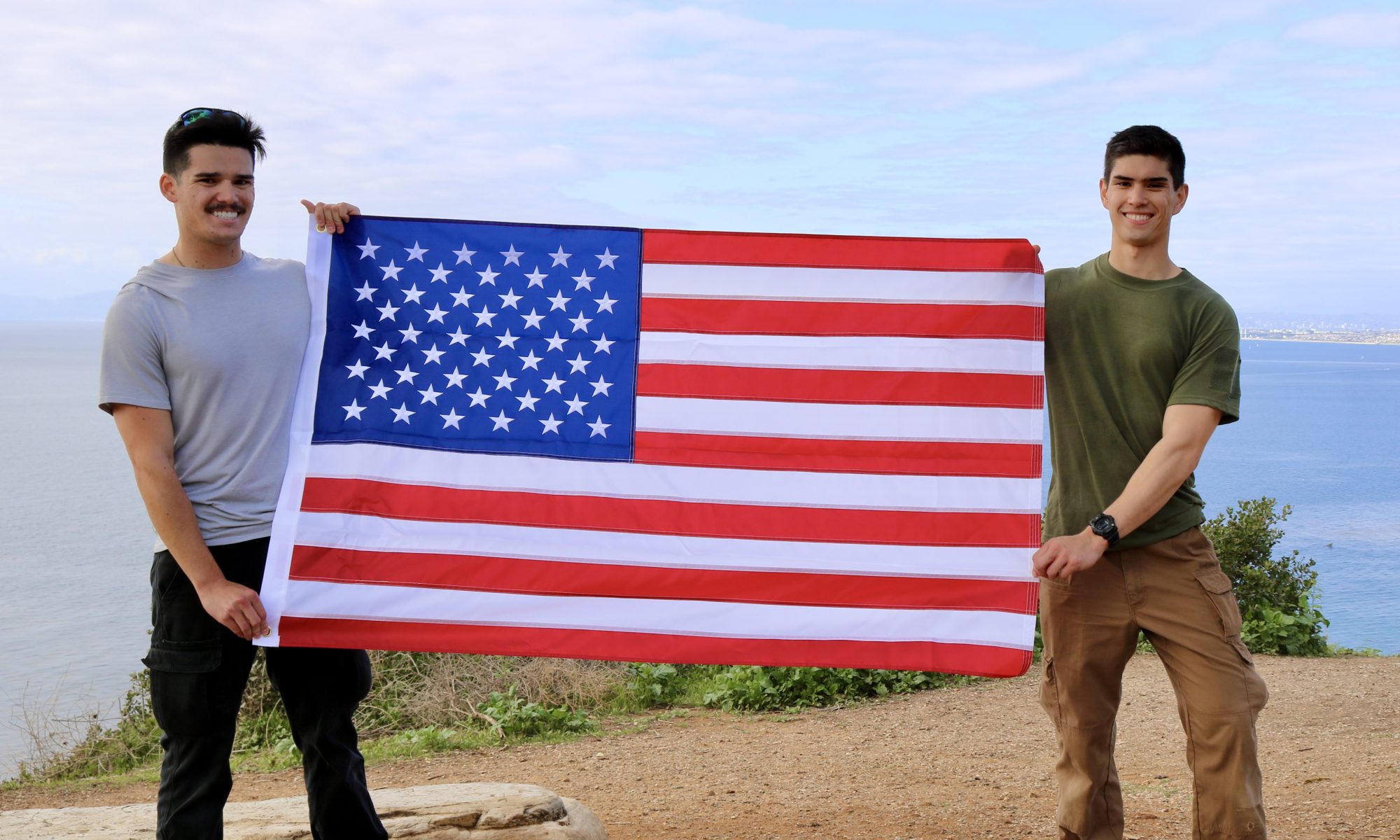 Life is full of ups-and-downs. On a macro-level, markets and public health are healthy until they are not. On a micro-level, people have good days and months and then they do not. During the eight months that I have been on this journey as a freelance writer and EMT, I’ve experienced ups and downs, highs and lows. It’s all part of the journey. When the lows come around, my medicine is to take on a physical challenge to affirm my ability to overcome pain. Last fall, I registered for the Bataan Memorial Death March in Las Cruces, NM. The prospect of carrying a 35-pound rucksack across 26.2 miles of the New Mexico desert appealed to me as a test of endurance, spirit, and its significance to my family. I trained, booked flights, a car and hotel, and then…the Corona Virus mucked it all up, forcing a cancellation of a nine thousand strong annual event.

I did not want my training effort to go to waste. This event meant more to me than any regatta, marathon or triathlon I had competed in to-date. It required me to dig deeper.  With resolve, I plotted my own 26.2-mile course using the Palos Verdes Peninsula as my path. After all, I didn’t need permission to hike down a stretch of coastal highway. Plus, there were enough rolling hills to provide the challenge of a desert. I asked my cousin and brethren in arms, Adam to be my teammate. Adam, who is in his last year of college and in Army ROTC, had also registered for the Bataan March.

To replicate the experience of the march, Adam and I adhered to the rules of the event. We started the march at 6:30 AM on Sunday, March 15th and made sure our packs had at least 35 pounds. Knowing we would be limited in our access to food, medical supplies, and hydration, Adam and I each packed close to 40 pounds of gear:

One of my former colleagues, Nick, an Iraq War veteran and medic, told me after I signed up for the March:

“Rucking is utter fucking misery. There is no runner’s high. There’s no one to cheer you on. It’s you and your thoughts. The reward is only an affirmation that you can get through bullshit.”

Boy was he damn right for sure! I weigh between 165 and 170 without the rucksack. With that pack, I was carrying 200 pounds altogether. The same for Adam.

As I hiked, the weights were shifting in my ruck as my bladder began to drain. I found myself shrugging the pack up my trapezius muscles.  I felt the dull aches and pains in my neck throbbing. The ruck’s adjustable torso harness rubbed against my sweat-drenched shirt, which in-turn rubbed against the skin on my hips. As the harness moved up, down, and sideways I felt a stinging sensation of friction burns on my iliac crests. Towards the end, every step felt like the ground was driving a knife through my lower posterior. Questions were like silver pinballs bouncing around my head:

Too many damn questions. I could feel hot spots forming on my toes with every step. Every foot felt like a mile but only a minute had passed. It took looking up from my boots and GPS to see otherwise. Scenic rolling hills, the vast Pacific Ocean, and of course my cousin/teammate right there with me. He was breathing heavy and grunting in pain like me. Neither of us had to suffer in silence, we were doing it together and putting in the mileage. All it took was keeping our heads-up and eyes open.

“We’re the Battling Bastards of Bataan, No Mama, No Papa, No Uncle Sam, No aunts, no uncles, no cousins, no nieces, No pills, no planes, no artillery pieces, And nobody gives a damn!”

My ‘why’ in this event was all for my maternal grandfather, Master Sergeant Amando Bartolo Cunanan and the 60,000 to 80,000 American and Filipino defenders who were abandoned by their government to fight the Imperial Japanese Army on their own.

I never met him. He died before I was even an idea. Growing up, his story personified perseverance for me. He was born penniless and hell-bent in his desire to get out of the Philippines. He only had an elementary school education and worked odd jobs to survive. When Uncle Sam needed recruits, he enlisted. Japan invaded the Philippines in 1942 and forced Grandpa Amando picked up a rifle. By April 9, 1942, America surrendered the Philippines to the Japanese. He was now a prisoner of war and at the mercy of savage captors. The Japanese marched him and his brothers-in-arms 70 miles north at gunpoint to a prison camp. From 1942 to 1945, my grandpa escaped several times only to be captured, beaten and starved. By the time he was liberated by the Americans, his belt size had gone from a 30-inch waist to sub 18 inches. At the end of World War II, he stayed in the Army and he was awarded a golden ticket to Fort Ord, California where he moved his wife and three young children. By the time he retired after 27 years in the Army, he was still limited in what jobs he could hold and his family had grown from three to seven. Grandpa made ends meet on a retirement pension from the government and as a full time janitor for PG&E. The money he made was enough to provide for his family. He also sponsored Filipino families seeking immigration to America. Before he died, he enrolled in college classes to work towards a degree because he valued education as a vehicle for moving-up. Despite never having the chance to finish the degree, his hard work and financial planning helped put all seven of his children through college. I knew from my mom, Irene, and my godmother Annette (Adam’s mom) that my grandfather suffered in ways we can’t imagine, as some things are just unspeakable about war.

Having him as my ‘why’ for doing this challenge kept me grounded when my body ached. The pain Adam and I experienced was laughable compared to the pain of walking 70 miles of utter hell as a POW. My ‘why’ diminished the pain of lancing and draining blood blisters from my foot. My ‘why’ expelled useless horseshit from my psyche when my mind would wander. At times I felt ready to take a nap alongside the road. Then I would hear Adam breathing heavily next to me. I knew in both our hearts, our ‘why’ was literally worth going to the ER if one or both of us passed out on the side of the road from heat exhaustion.

As we hit the last 1.2 miles of our road march, my eyes were burning underneath my Oakley’s. I thought it was sweat getting into my eyes, but it turned out I was crying because:

As we finished the grueling marathon, Adam and I hugged, texted our moms that we made it, and slammed our rucks against the concrete with a vengeance. I unpacked the folded American flag, removed my grandfather’s dog tags which harnessed the flag, and Adam and I spread it open to mark the end to our march.