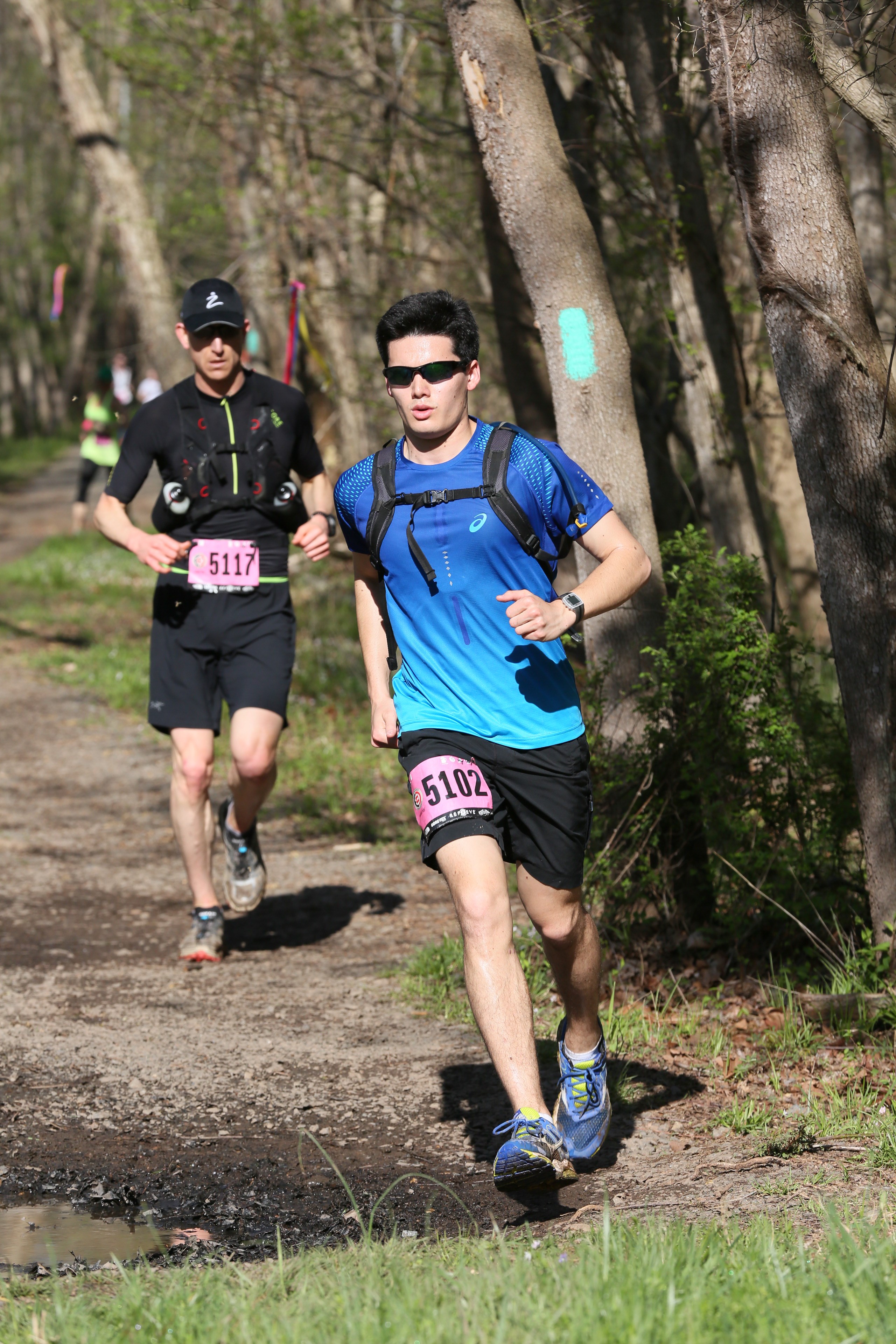 A marathon road race is nothing to sneeze at; a trail marathon is nothing to cough at. The nature-loving, masochistic, daredevil has a playground in the North Face Endurance Challenge Series.

The series takes place in the mountains of Northern Virginia, New York, Ontario, Utah, Wisconsin and California. Course offerings include a 50-mile ultramarathon course all the way down to a 5K sprint. I was compelled to run the marathon by a family friend after a New Year’s party. My inner daredevil cheered with glee as I signed up and began the training in February.

What was predicted to be a wet and humid Saturday turned into a dry, 80-degree race day. The start and finish line was located in Alogonkian Regional Park. The turnaround point (mile 13.1) was in Great Falls Park. Along the way to-and-back were four menacing hills ranging 135 to 374 feet high. The hills have the ability to make or break a runner. I am not just talking about slowing down one’s time. I am talking about real damage to your lower body. Several aid stations were set up along the trail. Kind and helpful volunteers kept everybody hydrated, fed and motivated. EMTs were there to check for cuts, bruises, cramps or to medically drop runners who could no longer physically hack the course.

The scenic backdrop of the Potomac River, waterfalls at Great Falls and cool shade of the trees does not save a runner from what race director, Nick Moore, calls – “the come to Jesus moment.” That moment is just as dangerous as getting injured on a hill. I came to that moment when I began to doubt my ability to complete the race in the prescribed amount of time I had originally predicted (04:30:00).

At mile 15 on the top of the second-to-last hill, my body started giving up on me. Both legs cramped and were searing with pain. For the first time in my running career, I was power hiking and running every 20 steps. The pain sensations continued until mile 25. As three runners overtook me, I gritted my teeth and remembered what ultra-marathoner Dean Karnazes said at the pre-race panel discussion: “You can only affect what is happening three feet in front of you.” As I approached the finish line, I broke into a sprint overtaking the three who had passed me. I completed the course in 04:25:58 and nabbed 22nd place out of 188 finishers.

Anybody who takes the challenge will benefit both mentally and physically from it. You can say you had a taste of heaven, hell and in-between. Be sure to pop some advils, eat healthy, take cold showers and plan to get a massage afterwards.