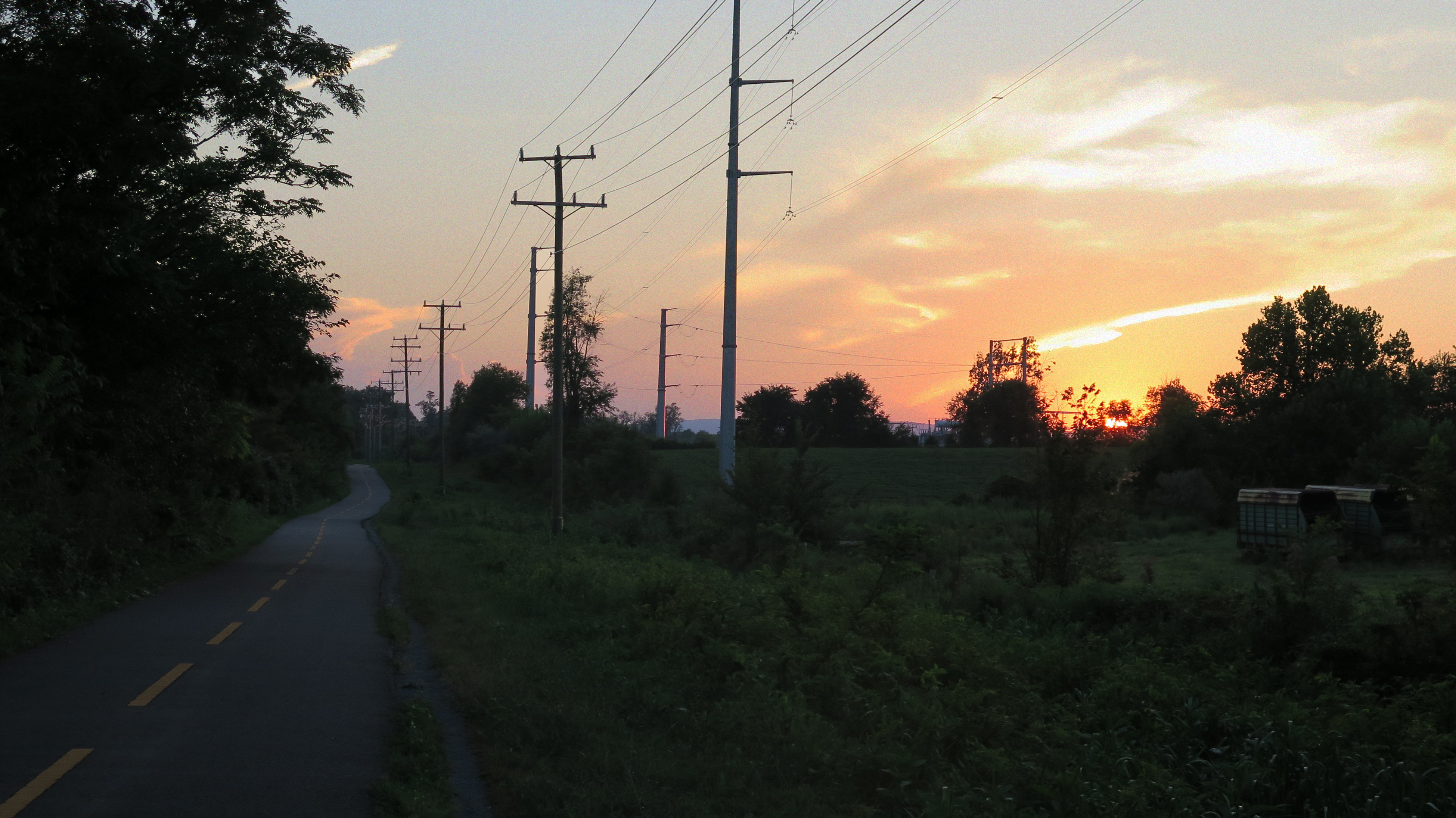 Long distance cycling has become an outlet for me to indulge my inner explorer. I hopped on to ride 100 miles through western Maryland and northwestern Virginia in preparation for a leisurely ride along the California coast and a two-day, 180-mile charity ride for work. While the ride was scenic, it was anything but smooth.

The journey got off to a late start at 11 AM. The Capital Crescent trail led me to MacArthur Boulevard – a popular route in Montgomery County, MD. The rays from the sun beamed through the trees in the ninety-degree summer heat. Less than an hour into the ride, I started hearing a whistling sound no cyclist ever wants to hear: the sound of a blown tire. I pulled over to the side and changed the tube out of my tire. The CO2 capsule gave out and I needed air in order to get over to the town of Potomac to refuel and purchase a new spare.

The cycling community takes care one another. A gentleman by the name of Marcellus rode by and lent me a hand-pump to give me enough air to ride the two miles to Potomac. His 110 mile ride began in the wee hours of Saturday morning in a small town near Harrisburg, PA. To keep himself going, he had smoked marijuana along the way. Nonetheless, a lifesaver!

After purchasing some necessary provisions that included a spare tube and hand-pump in Potomac, I hopped back on the bike.

My travels took me through the hills of western Maryland on River Road. As the ninety-degree heat from the sun beamed down upon face and skin, climbing the steep hills of the countryside proved difficult. Despite the punishing heat with little shade, the fields of grain, sounds of cattle and horses of many colors kept me engaged with my surroundings.

The pavement turned to dust and gravel. I thought that I had taken a wrong turn, stopped my bike and tried to find my position on the map. My goal was to get back across the river to Virginia. The nearest bridge was far away and my watch read 5:00 PM. To my luck, there was a historic ferry service ten miles from my position that would allow me to get across the river to Leesburg, which would then put me back on the Washington and Old Dominion Trail to Purcellville.

As I waited in a queue of cars, I learned that there used to be 100 ferry services that would cross the Potomac between Virginia and Maryland. This one was the last of its kind and has been in operation since 1782. After the Civil War, a Confederate officer by the name of Elijah White purchased the ferry service and renamed the barge after his former commanding officer – General Jubal A. Early.

I only paid two dollars to board the ferry and was able to bask in the scenery. The mountains were covered with green leaves. I can only imagine how colorful the scenery must be in fall. Two girls in a convertible next to me politely asked where I was going. My answer, “Not sure. As long I hit 100 miles.” A blank expression came over their faces. Nonetheless they were polite and wished me well.

As I disembarked from the General Early onto the Virginia banks daylight was fading quickly.

A second tire blowout occurred as I reached the outskirts of Leesburg. Thank goodness for buying the spare tube and the hand-pump (much appreciated Marcellus!). I was now out of spares and could only pray that a third blowout would not occur on this ride.

I entered on mile 36 of the Washington and Old Dominion Trail – a former historic railroad line that originally extended from Washington through northwestern Virginia. I had already travelled 47 miles and was in no way deterred by the fleeting sun in the distance. As I biked from Leesburg to Purcellville, the colors of the sky were a sweet mix of magenta, orange and gold. Although I knew was going to have to navigate home in the dark, the sunset of the mountains was worth my adventure.

I had reached the end of the trail at Purcellville and began to make my way home to Arlington. It was approaching 9:00 and I had turned on my lights to see.

I was in a hypnotic trance on the ride home. Hydration and nourishment were not the issue. I was in total darkness from Purcellville until Herndon. The only lights within my vision were the lights on my bike that lit the ground three feet (AKA  “The Three Feet World”) ahead of me and the stars above.  The temperature had also dropped and I began to feel the rise of goose bumps up and down my exposed skin. My mind wandered off to the thought of a hot shower and a cozy bed to sleep off the adventures of the day. After getting too comfy, I snapped out of my trance and made small goals every couple seconds to accomplish moving forward in my “Three Foot World” ahead of me. Three feet turned into a mile that in-turn added up to miles.

My 101-mile adventure came to a close at 12:30 AM on a quiet Sunday morning. Despite mechanical failures, interesting back roads and a subsequent ride in darkness – I felt euphoric.