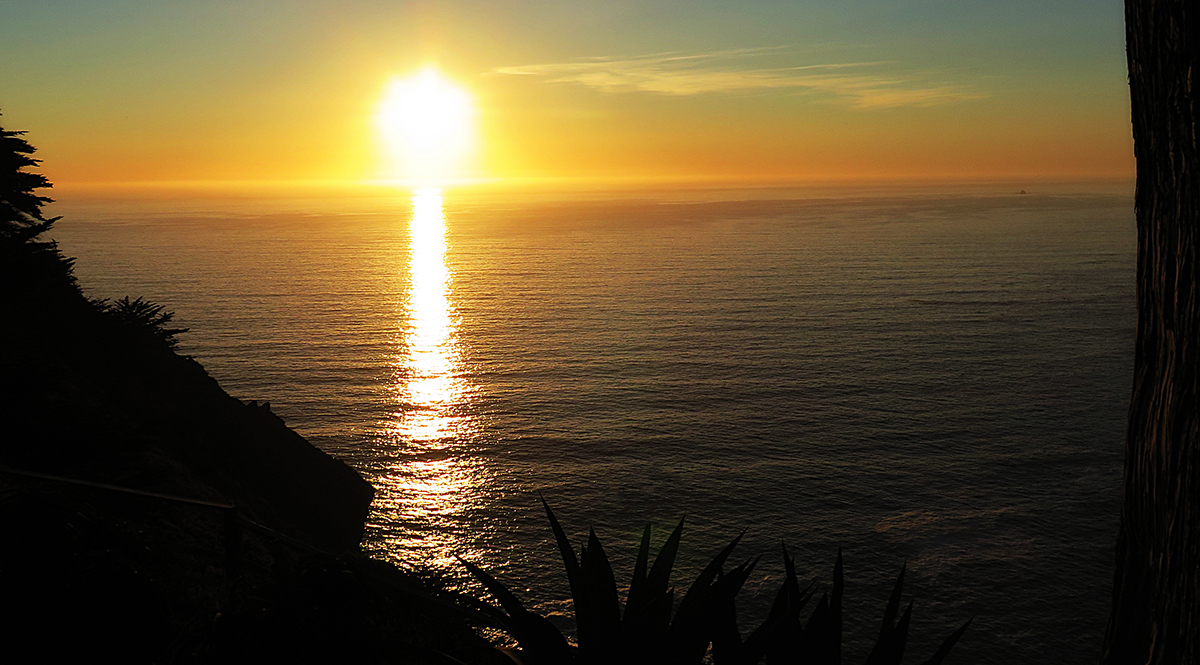 “All men dream: but not equally. Those who dream by night in the dusty recesses of their minds wake in the day to find that it was vanity: but the dreamers of the day are dangerous men, for they may act their dream with open eyes, to make it possible.” – T.E. Lawrence

Hissing waves crashing on the beach; fast cars cruising through winding roads along rocky coastlines; sweet sunrises and sunsets. These timeless scenes from the California coast have been presented to adventurers through film, literature and photos. This scenery was my everyday for seven days in September.

I was a child of both the east and west coasts. My California-born mother is very close to her six brothers and sisters who are settled along the coast from San Jose to San Diego. When my dad was working bicoastal, my family and I lived with him full-time in Northern California during the summers. In addition to summer reading, my mother was adamant about exposing my brother and me to the literature, art and natural beauty of California — particularly of Monterey County, where she was born and raised.

The writings of Steinbeck and Muir conjured images of diversity in terrain and peoples. Black and white prints from Ansel Adams illustrated the geographic beauty of the Northern California coast. Pacific Coast Highway was the scenic alternative to Highway 101 when visiting relatives from north to south. These visions and memories, along with the final episode of Mad Men and Don Draper’s exile in Big Sur inspired a much needed get-away from the rush of Corporate America. After a conference in San Francisco wrapped, I exchanged my slacks and blazer for a jersey and shorts.

My 354 mile bicycle adventure afforded me an opportunity to experience my childhood in a unique and immersive way. In no way was it your typical lazy vacation of passing out on a beach with a pina colada or bourbon on-the-rocks and sleeping in until noon; instead, it was living out of a suitcase, biking in temperatures from as low as 65 degrees to 110 degrees with some of the best people I have met to-date and being supported by two of the raddest guides. For those who went to summer camp, the trip had that same magic.

I invite you to join me as I recount my adventure.