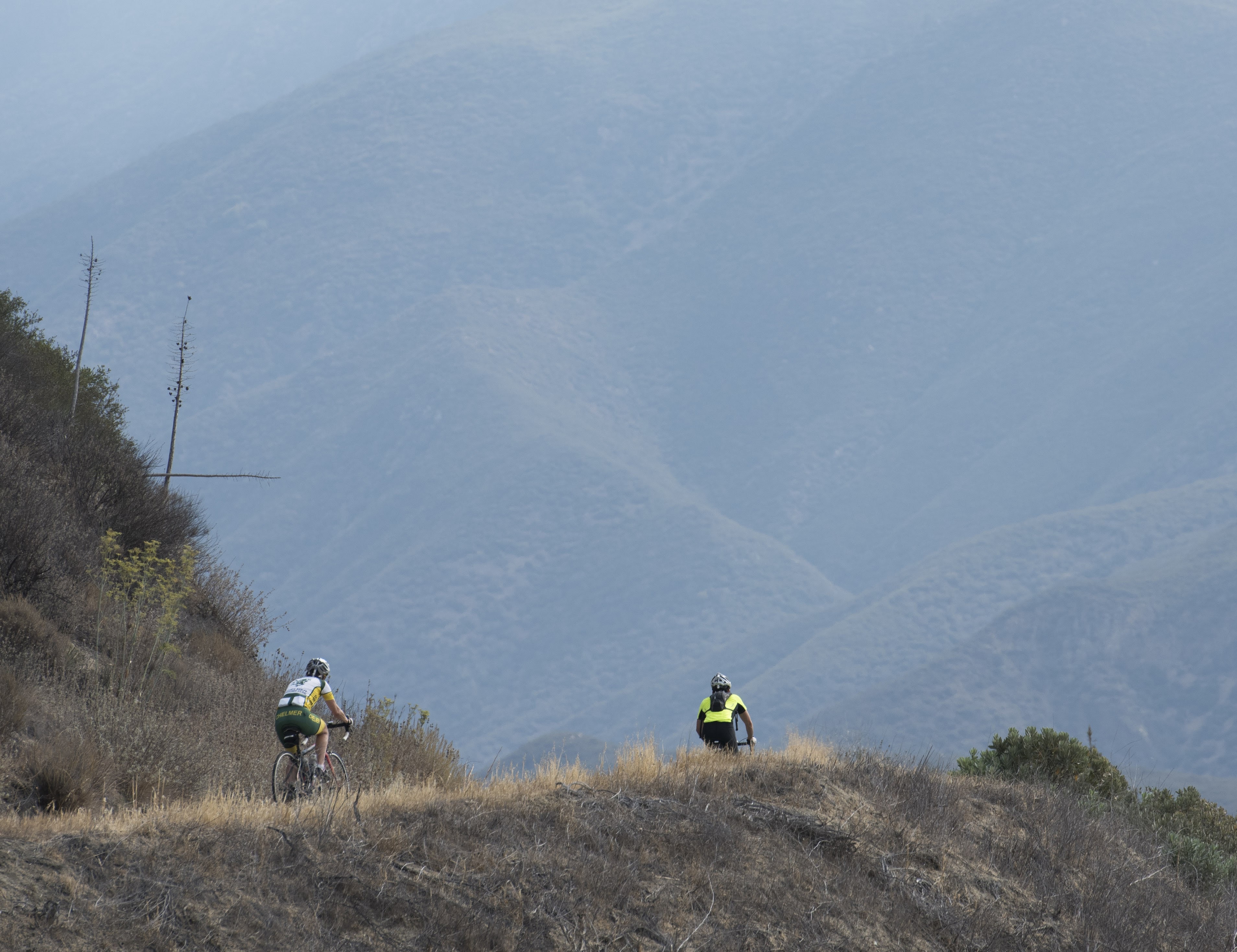 Our seven person group through Bicycle Adventures was an eclectic bunch. Our guides, Mark and Teryk, are  passionate adventurers. Mark spent many years as a camp counselor, marathon runner and lover of any physical and mental challenge. He’s even a competitive figure skater and ballroom dancer. In addition to being a software engineer, Teryk is an avid motorcyclist and even spent time riding from San Francisco all the way down to the southern tip of Latin America. In addition to baby-faced me, my group mates came from allover: Graham and Jo from London; Henry from New York and Claire, originally from the United Kingdom, now living in Houston.

As a rider, my usual mentality when climbing steep hills was to “charge the hill.” As the trip progressed, my mentality changed with an adjustment of verbiage. Teryk’s advice was to “work together with the hill to achieve the climb.” The wisdom was much more within reason, as opposed to previously performed brute tactics.

The second day began at 7:00 AM. Our 77 mile dynamic ride from Carmel-by-the-Sea to the end of Big Sur in the town of Ragged Point – a town on the fringe of the Monterey and San Luis Obispo county lines –  would prove to be long and challenging. In fact, it became challenging to the point that only two of us would finish the entire day.

The road along the ragged cliffs of Big Sur is a winding and narrow road. Some parts of the highway feature actual guardrails, other parts feature sometimes wooden guard rails or stone walls. Regardless, sharing the road with the cars proved to be a tempestuous relationship between cyclists and motorists. I recognized out of self-preservation that I had two ways to fall and neither looked promising. If either of my tires rode over debris, I could potentially get thrown off the bike and fall to the bottom of a ragged cliff. My other fate: fall off, earn a nasty road raspberry and then end up as Flat Stanley underneath a stranger’s tires. Neither outlook promised vitality, so all of my senses were engaged.

Miles 67 through 73 were a challenge. Though I still had a cool ocean breeze, the dry 90-degrees heat was getting the best of my body. No matter how much fluid I consumed, my calf and IT band began to cramp up and my jersey was drenched in sweat. The sunscreen began to drip off my face and burn my eyes. A little voice came on said, “It’s okay. Just wait for the support van and get a boost to the finishing point.” A battle ensued. My ego wanted to go EFI (Teryk’s acronym for “Every F@!K1N6 Inch”). The cautious side of me wanted to be mindful and recognize that I was only on day two of seven days along the coast. In the end, the former was victorious with the help of the “arrival” of a certain animal: the stalwart mountain goat.

I had tapped into my inner “mountain goat” to negotiate the challenge of the last two 768 foot tall hills of the Big Sur coast. Sometimes making a faint goat call was the perfect medicine for maintaining my spirits. Oddly enough, the goat would be a recurring animal for the trip. Even when our group visited Hearst Castle – goats and Aoudads (mountain sheep) were a fascination to publishing mogul, William Randolph Hearst. One of the groundskeepers mentioned that goats were a symbol for prosperity and harvest in Persian mythology.

The ability to operate like this animal allowed for steep climbs as in 1800 foot climbs through Santa Rosa Creek Road and 10 miles (4700 feet) of straight climbing through Figueroa Mountain (Lance Armstrong’s training spot for the Tour de France). Jo, Graham and Teryk – my usual cycling partners – thought I had gone off my rocker. I had and I was loving the scenery of central California.